The status of GST compensation dues 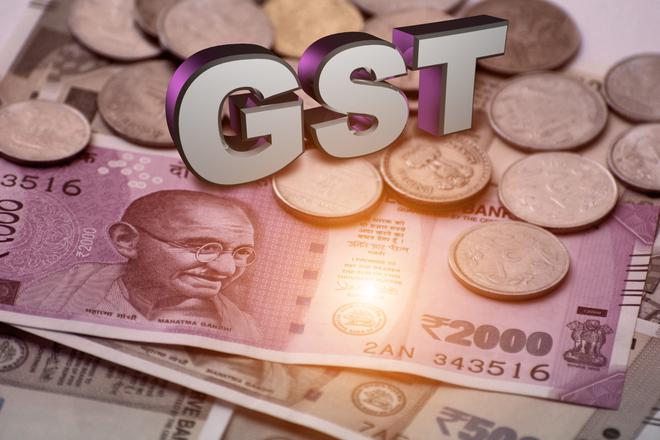 The story so far: At a meeting with Chief Ministers last week, Prime Minister Narendra Modi said that several non-BJP ruled States had failed to cut taxes on fuel products whose prices have surged sharply since March and urged them to do so in the interest of giving relief to the people facing high inflation. Most of the States he referred to — West Bengal, Tamil Nadu, Maharashtra, Kerala, Telangana, Jharkhand and Andhra Pradesh — countered the PM’s pitch bluntly. West Bengal and Tamil Nadu said they had already reduced their VAT levies once. Maharashtra and Kerala pointed to States’ resource constraints and pending dues from the Centre. The Mamata Banerjee administration said slashing State levies on petrol and diesel will be possible only if the Centre clears its outstanding dues of over ₹97,000 crore, which includes compensation for implementing the Goods and Services Tax (GST).

What is the status of the outstanding GST compensation due to the States?

The GST regime entailed doing away with multiple State and Central levies to create a simplified tax system for businesses. As this meant that States had to give up several taxation powers in the process, they were assured that revenue losses will be compensated for five years. The compensation was to be calculated by assuming a 14% year-on-year growth over revenues in 2015-16 from the State taxes subsumed in GST, and remitted from a compensation cess fund backed by cess levies on sin and luxury goods like pan masala, tobacco, coal and cars.

Hours after the meeting, to counter these States’ arguments about pending dues, the Finance Ministry said that outstanding GST compensation dues to States for 2021-22 stood at ₹78,704 crore, equivalent to four months of such accruals. This means that dues have been remitted to States for the eight-month period of April 2021 till November 2021. The ministry, which had last released GST compensation of ₹18,252 crore to States and Union Territories during March, indicated its inability to pay the dues immediately owing to ‘inadequate balance’ in the compensation cess collections fund. “Normally, compensation for 10 months from April-January of any financial year is released during that year and the compensation for February-March is released only in the next financial year. The pending amount will also be released as and when amount from cess accrues in the compensation fund,” the Ministry assured.

On top of the ₹78,704 crore due to States, ostensibly for the period of December 2021 to March 2022, compensation for the April to June period — the last quarter for which such dues will accrue — also need to be arranged. Chief economist of rating agency ICRA Aditi Nayar has estimated that this could be another ₹60,000 crore, taking total dues that remain to be paid to States close to ₹1.4 lakh crore.

How much GST compensation has been paid so far to States and when will this cess levy end?

From July 2017 when the GST regime kicked off till now, about ₹7.35 lakh crore has been released as GST compensation to States. It had nearly doubled from ₹83,000 crore in 2018-19 to ₹1.65 lakh crore in 2019-20, before the pandemic hit the economy and revenue collections across the board. The Finance Ministry said that ₹2.78 lakh crore of compensation has been released to States for the year 2020-21 itself. Because GST as well as compensation cess inflows had dried up due to the COVID-19 lockdowns, as much as ₹1.1 lakh crore was financed through special borrowings from the market. In effect, the Centre borrowed these funds and lent them onwards to States as ‘back-to-back’ loans staggered through the year. Similarly, ₹1.59 lakh crore was raised in 2021-22 to pay States’ compensation dues as per estimated shortfalls in the cess fund collections, and these funds were disbursed entirely by October by resorting to front-loading of the borrowings during the financial year. At the time, the Finance Ministry had expected the overall compensation payouts for the year to be ₹2.59 lakh crore, which it said would exceed the amount of compensation accruing to States in 2021-22, indicating it included pending compensation shortfalls for 2020-21.

The levy of the compensation cess, which was to cease on June 30 this year, has been extended till March 2025-26 with a view to use the receipts to repay the principal and interest on these special loans. Several States, worried about income sources falling off a cliff once the assured compensation ceases to accrue from July 1, have urged the Centre to extend the GST compensation period beyond the five-year promise. But these demands have been stymied so far, citing the legal provisions enabling GST, and are unlikely to gain traction.

Will the record GST collections in recent months help?

To the extent that States get a larger share of higher GST collections, of course. With April and May both clocking fresh highs in GST revenues of ₹1.42 lakh crore and over ₹1.67 lakh crore, the Centre and States’ share, after making adjustments, was a robust ₹1.32 lakh crore and ₹1.36 lakh crore, respectively, over the two-month period. However, GST compensation cess collections are still not growing as rapidly as the overall kitty. Giving States some clarity on when outstanding GST compensation dues will be released, will help them plan their borrowings for the year, which will be particularly tricky from July. While the expected step-down in GST compensation flows from July 2023 may enlarge State borrowings this year, the timing of the release of the pending funds would impact their plans significantly, Ms. Nayar noted.

Moreover, with States expected to aggressively push capital spending this year, which is critical to spur growth, an early release of funds, be it the devolution of other tax collections, or GST compensation, would help them plan and execute public infrastructure projects quicker.

THE GIST
Last week, Prime Minister Narendra Modi said that several non-BJP ruled States had failed to cut taxes on fuel products. Some of the States countered that due to pending dues from the Centre including that of compensation for implementing GST it made it difficult for them to lower fuel taxes.
The Finance Ministry responded that outstanding GST compensation dues to States for 2021-22 stood at ₹78,704 crore. It said that it was unable to pay the dues owing to ‘inadequate balance’ in the compensation cess collections fund.
If States get a larger share of the higher GST collections clocked in April and May, (₹1.42 lakh crore and over ₹1.67 lakh crore respectively) it would help them push capital spending to plan and execute public infrastructure projects quicker.
Login to Read Full Article 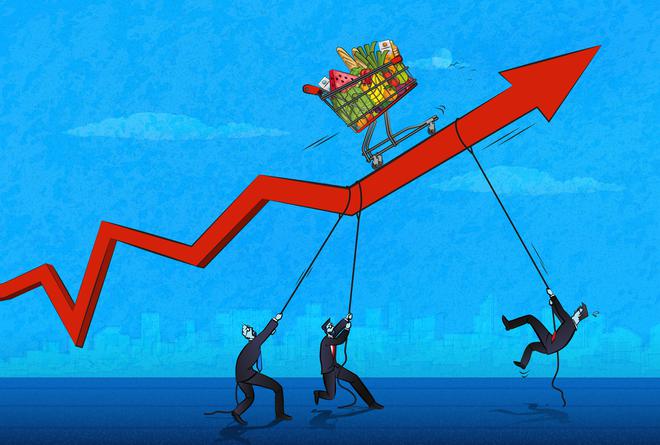 Economy
What is Stagflation