The controversy over K.K. Shailaja’s nomination for the Ramon Magsaysay Award The story so far: The decision of former Kerala Health Minister K.K. Shailaja to decline an offer to be considered for the prestigious Ramon Magsaysay Award this year has sparked a row following allegations that the CPI(M) (Communist Party of India (Marxist)) restrained her from accepting the honour.

Why did the CPI(M) decline?

The party cited the ‘anti-communist’ credentials of the former Philippines President as the reason for declining the offer. Magsaysay was a “staunch anti-communist” who oversaw the defeat of communists (Hukbalahap) in Philippines in the 1950s, leaders of the Left said. “…this award is in the name of Ramon Magsaysay who has a history of brutal oppression of the communists in the Philippines,” said CPI(M) general secretary Sitaram Yechury to news agency PTI.

Ms. Shailaja told The Hindu that she turned down the award after consulting the central leadership. “The NGOs may not be in favour of the communist ideology. And hence it was not right that I receive it as an individual because I was considered for something which was actually part of a collective effort. So, I decided not to accept the award. I thanked them and politely refused the award saying I was not interested in receiving it in an individual capacity,” Ms. Shailaja said.

Who was Ramon Magsaysay?

What is the Ramon Magsaysay Award?

Following the death of President Ramon Magsaysay in 1957, the Rockefeller Brothers Fund (RBF) established the Ramon Magsaysay Awards in the President’s honour in agreement with the Philippines government. Later, the Fund set up the Ramon Magsaysay Award Foundation, a non-profit organisation to manage Asia’s biggest honour that recognises selfless work transforming lives. Regarded as Asia’s version of the Nobel Prize, the award was initially given for contributions to government service, public service, community leadership, journalism, literature and creative communication arts, and peace and international understanding. The category of ‘emergent leadership’ was added later.From India, 58 have bagged the international honour. Some of the past awardees include Mother Teresa, Satyajit Ray, Verghese Kurien, Arvind Kejriwal, Mahasweta Devi and Aruna Roy.

What about the campaign against the communist rebellion?

The Hukbalahap was a communist-led, peasant-based movement with its roots in the pre-colonial era of political, economic and social inequalities. It was founded in the 1940s to fight the Japanese Army that had invaded the Philippines. A member of the Communist Party of the Philippines, Luis Taruc, was its first commander. The Hukbalahap emerged as a popular, well-organised, highly-trained force that aimed to seize power once the war ended. However, mistrust grew between the U.S. and the Huks which resulted in serious confrontations between the U.S. Army and the rebels. Backed by U.S. forces, the Philippines government disarmed the rebels and arrested their leaders. During the first elections held in the Philippines after its independence, a few from the Hukbalahap also contested and won including Luis Taruc, but they were unseated. The Huks then retreated to jungles in central Luzon where they began to restructure their organisation and resume plans to overthrow the newly elected Philippines government. They enjoyed massive support from the people who were still waiting for land reforms and were dismayed with corruption within the government.

President Manuel Roxas intended to fulfil his promise of removing the Huks from the island. According to an analysis by the U.S. Army Centre of Military History, “The Philippine Military Police Command, reorganised with the Police Constabulary after the war, joined Civil Guards on indiscriminate “Huk Hunts” wherever they thought Huks or their sympathisers were located. Preying on the people for supplies, food, and information (often obtained through intimidation and torture) they provided opportune and popular targets for Taruc’s forces. They proved the best recruiters for the Huks, who gained new members with each passing day. This was the real start of the insurrection.” Between 1946 and 1950, the Huks took control of large patches of the islands and targeted the Philippine Army and Police Constabulary.

To deal with the threat of an uprising, President Elpidio Quirino appointed Ramon Magsaysay as the Secretary of National Defence — a vocal spokesperson against communism. Using his experience of guerilla warfare, Magsaysay reformed the Armed Forces of the Philippines, let go of ‘corrupt’ officers and built public support. He launched the Economic Development Corps (EDCOR) project to establish resettlement colonies for the Huks, provided ‘cash for guns’ to facilitate their return to mainstream society and pushed for a land reform law. Later as President, Ramon Magsaysay led a massive anti-Huks campaign ‘Operation Thunder-Lightning’ in 1954 with the help of a reorganised military and intelligence. “When it ended in mid-September, government forces had captured 88 Huks, killed 43, accepted the surrender of 54 others, and destroyed 99 production bases, burned more than 500 enemy huts, and captured 99 weapons,” says Major Lawrence M. Greenberg, the author of the U.S. military analysis on the rebellion.

THE GIST
The CPI (M) cited the ‘anti-communist’ credentials of the former Philippines President as the reason for declining the offer.
Ramon Magsaysay was the seventh President of the Philippines. He came into prominence with his appointment as the Secretary of National Defence to deal with the communist-led Huks movement.
President Ramon Magsaysay led a massive anti-Huks campaign in 1954 with a reorganised military and intelligence. Through the operation, his government forces captured 88 Huks, killed 43 and burned more than 500 enemy huts.
Login to Read Full Article 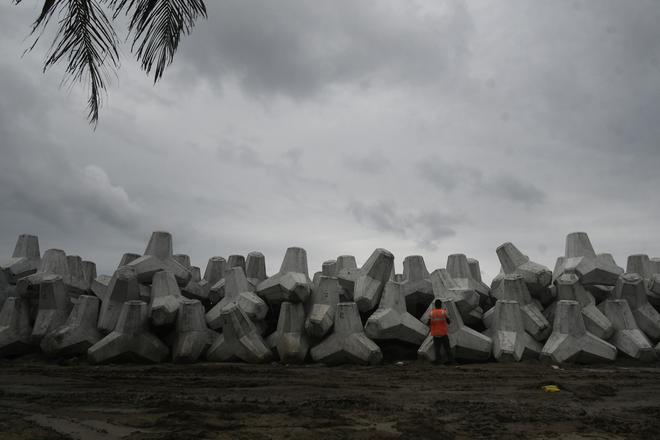