The story so far: On September 27, at 4:44 am IST, the DART (Double Asteroid Redirection Test) spacecraft collided with the space rock Dimorphos (just 160 metres wide). NASA has confirmed that the collision of the auto-rickshaw sized 600 kilogram weighing DART, on the football stadium-sized Dimorphos, about five billion kilogram in mass (orbiting around the 780 metres wide primary asteroid Didymos), has deflected the trajectory of the pair of space rocks. This kinetic impact technique, which appears as the climax of Hollywood sci-fi movies like Deep Impact and Armageddon, is also known as the ‘kick’ method. It could one day save humanity from a potential cataclysmic collision by safely deflecting a killer asteroid on its course towards earth. It could also fuel space mining technologies and unleash the space economy in decades to come.

Around a construction site, bits and pieces of leftover bricks, unused steel rods, and emptied paint canisters are usually strewn. Likewise, leftover materials from the formation of the sun, earth and planets, through the accretion and agglomeration of giant gas and rocks, are scattered as comets, asteroids and meteoroids in the solar system. Some of these cross their path and collide with earth from time to time, resulting in a spectacular meteor shower. Most rocks are so small that they burn up completely in the atmosphere due to frictional heating. If they are large enough, the charred piece falls through as a meteorite. The falling piece from a meteoroid 140 metres wide or more will be capable of completely wiping out a city like Chennai. The impact would be devastating if it was one or more kilometres wide.

Neither the plot nor NASA’s Planetary Defense Coordination Office, made famous by the blockbuster Netflix movie Don’t Look Up is imaginary. About 66 million years ago, an asteroid about 10-15 kms struck earth. The tsunami, volcanic eruptions and thick dust clouds ensuing from the blow decimated dinosaurs and nearly 75% of all species. What happened in the past can occur in the future. The chances of a giant asteroid striking earth are small; however, if it did occur, the devastation would be cataclysmic, wiping out the entire human civilisation. While dinosaurs were mute spectators, humans can prepare themselves to face the imminent threat. NASA tracks and keeps a close watch on the nearly 26,115 asteroids whose orbits are dangerously close to earth.

What was NASA’s mission?

NASA, to put it simply, undertook the ‘kick’ technique. Compared to the massive Dimorphos, DART is a tiny Goliath. Yet crashing at a breakneck speed of 23,760 kilometres per hour, the momentum is adequate to slash the angular momentum of Dimorphos, making it speed up and move closer to Didymos. All of these reduce the orbital period and the time taken for the moonlet to go around the primary asteroid. The pair’s trajectory is thus deflected as the net result of these dynamics. Consider it like this: a fast-moving moped slamming into a truck is sure to undergo a massive crash and burn, yet will veer the massive truck a bit. This is the essence of the ‘kick’ technique.

The extent of the trajectory change depends on the context. Compare throwing a ball against a solid wall and a sand pit. If the Dimorphos were solid, the crashing craft would make a dent on its surface and skim a tiny bit of its angular momentum, reducing the orbital time by about 75 seconds. However, close-up images transmitted by the DART moments before the fatal collision indicate that Dimorphos is more like a pile of rubble loosely held by gravity. If true, the impact will eject a cascade of debris, each piece carrying away a bit of momentum and energy. And as a net result, the asteroid will suffer a considerable loss. It will speed up more, and the orbit will become nearer to Didymos. The orbital period will then reduce by as much as 10 minutes.

What has been the impact assessment?

The DART craft carried a high-resolution DRACO (Didymos Reconnaissance and Asteroid Camera for Optical navigation) camera to observe the collision and its consequences. The close-up images until its fatal crash are being analysed. In addition, like a kangaroo with a baby in its pouch, a tiny toaster-sized Italian Space Agency-built Light Italian CubeSat for Imaging of Asteroids (LICIACube) took a piggyback ride with the DART. The CubeSat was released and deployed two weeks before the impact. Hovering 50 kilometres from the asteroid, the two cameras aboard the CubeSat have captured the plume of the debris ejected by the collision. At 11 million kilometres, the asteroids appear like a blip of dot even through the best of telescopes. As they waltz around each other, once in 11 hours and 55 minutes, Dimorphos and Didymos line up, eclipsing one another. The total brightness of the pair darkens when Dimorphos passes in front of and behind Didymos.

Astronomers will now spend weeks and months observing the periodic change in the brightness using the telescopes to tease out the altered orbital period. All this data is still in process and will help fine-tune the technology.

What are the other possibilities of this technique?

At the heels of NASA, China is set to deflect a 40m diametre earth-crossing asteroid called 2020 PN1 sometime in 2026. While ostensibly the drive comes from the desire to protect earth from killer asteroids, perhaps the lure of space mining lurks behind. Mining rare earth elements comes with a high environmental cost. In the coming years, the penalty for polluting could make space mining economically viable. If one can tug a mineral-rich asteroid near the Moon or establish a space mining factory between the orbits of earth and Mars, precious mineral resources needed for decades could be easily sourced. The ‘kick’ technique that deflects asteroids can then be used to move a small asteroid into a convenient position for space mining. Now shelved, NASA’s Asteroid Redirect Mission (ARM) aimed at precisely this by bringing a 20-tonne space rock near earth to study and mine. In a way, the DART mission is also part of this frame.

For developing green energy technologies — electric vehicles, solar panels, wind turbines, and energy storage devices – and ushering in the low carbon economy of the future, rare earth elements such as yttrium, niobium, rhodium, palladium, osmium, iridium and scandium are critical. They are short in supply, and asteroid mining, it is believed, could solve the rare earth supply problem.

From the robotic Soviet Luna 16 in the 1970s to U.S. Apollo missions and China’s first lunar sample-return mission, Chang’e 5 — all have brought back lunar soil. NASA’s Stardust spacecraft returned a canister full of dust from comet Wild-2 captured by an aerogel-based sample collector in 2004. Japan Aerospace Exploration Agency (JAXA)’s Hayabusa 1 to 25143 Itokawa, the Hayabusa 2 to 162173 Ryugu, and NASA’s OSIRIS-Rex to near-earth asteroid Bennu are missions to extract and return samples from asteroids.

T.V. Venkateswaran is Scientist F at Vigyan Prasar, Dept of Science and Technology 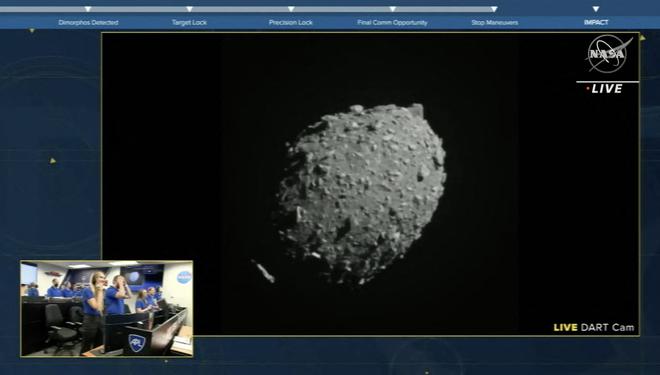 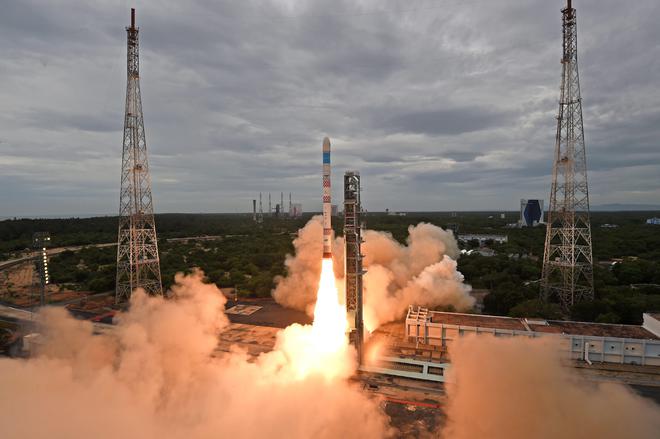 Science
Explained | What went wrong with the ISRO launch of SSLV? 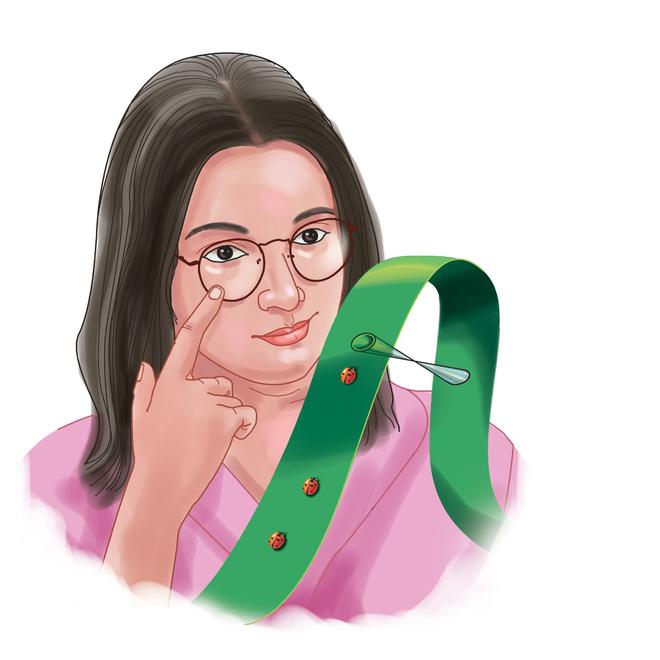 Science
Explained | What is the relevance of the recently released images from the James Webb Space Telescope? 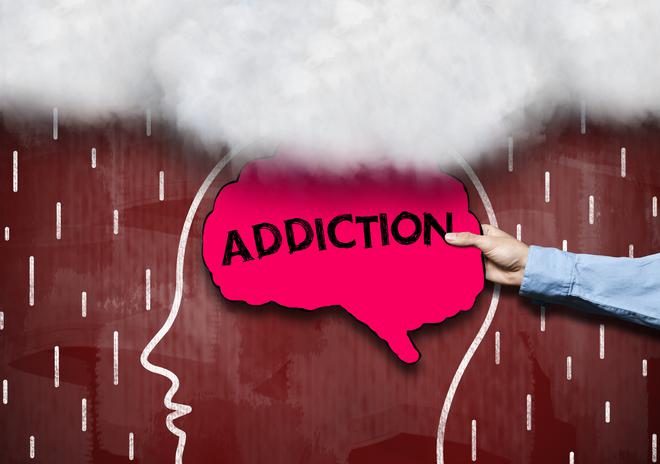 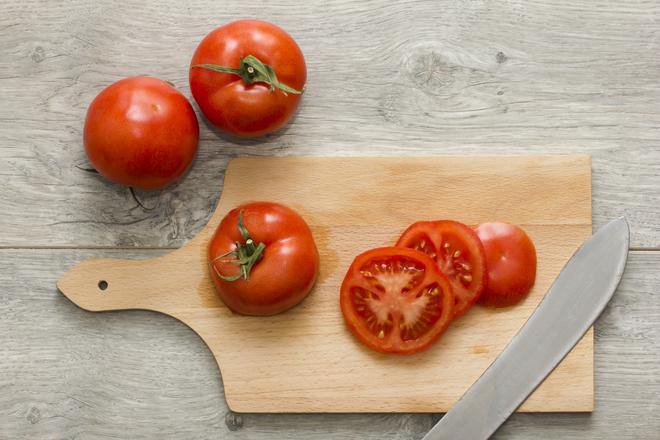