The endless fascination for the genre of stop-motion When special effects artist Steve ‘Spaz’ Williams was digitally creating a T-Rex for Steven Spielberg’s Jurassic Park, stop-motion filmmaking was still evolving. Spielberg’s film, as shown in one of the episodes of Netflix’s The Movies That Made Us, branched a new norm of filmmaking in which animatronics, miniatures, and stop-motion techniques were used only to supplement digital creations. Stop-motion, having been reduced to just a subgenre of filmmaking, found a niche and a home with the help of production houses such as Aardman Animations (who made it to mainstream cinema with the help of Spielberg’s DreamWorks banner) and Will Vinton Productions (which later became Laika, a major player in animation). Thanks to these production houses and filmmakers like Henry Selick, stop-motion continues to scale the graph, with creators having attained the absolute heights of realistic designs and movements through CGI, but with an eye on the past.

There’s a spectacular irony here. For decades until the late nineties, animation moved with a quest for realism. Filmmakers strived to introduce motion blur to their stop-motion creations to make them look real. The transitions and cuts had to be realistic as well, and experiments with claymation (stop-motion with the use of plasticine clay) like in Will Vinton’s earlier short films, were the closest that they could get to transitions. And now, due to reasons like the consumer-driven interest in authenticity and craftsmanship, filmmakers want their CGI-driven projects to have the ‘stop-motion effect’. The Lego Movie, for instance, had the makers bring together real Lego sets and digitally-constructed sets to give that jerky effect. The fascination for finding fingerprints and the reason for the frame rate not going above 30 FPS — apart from the enormous effort higher frame rate demands in stop-motion — is a result of the same. Interestingly, stop-motion also seems to be the immediate resort for filmmakers like Spielberg who are wary of the ‘uncanny valley’ phenomenon, which refers to the unsettling feeling that arises when a computer-generated figure is too humanlike.

The modern-day animation industry, despite benefitting from looking back, is yet to accept some undeniably vital arguments as to why incorporating stop-motion techniques is relevant. In the earlier days of stop-motion, the medium influenced the form. Filmmakers had to work around the inherent limitations of stop-motion. For instance, to solve the issue of motion blur and to avoid continuity errors between frames, figurines had to be designed in a specific way. In Aardman’s Wallace and Gromit series, Wallace has no hair. Gromit the dog, and Shaun the sheep have smoothened fur. So was the case in Henry Selick’s James and the Giant Peach. The minimal facial features weren’t just to appeal to children. Music had to overemphasise drama to make up for the alleged artificiality. Such quick fixes eased things up in an already strenuous filmmaking process.

The nature of the medium, at times, even affected the narrative. For instance, in Will Vinton’s Oscar-winning short film Closed Mondays (1974), the lead character was conceived as a drunk old man since Vinton hadn’t figured out a way for the plasticine models to hold a pose steadily for long. But in the post-CGI era, anything could be done. Brave’s Princess Merida has gorgeous hair. The Shaun the Sheep Movie, a spin-off of Wallace and Gromit, has characters with distinguishable fur. Films like Coraline and Kubo and The Two Strings effectively combine CGI and stop-motion to bring spectacular results. Yet, most of the characters in these CGI-influenced films seem a little...too perfect. And this is more to do with the changes in the way some storytellers are now tuned to think.

Since it’s now possible to create anything to near perfection, funny-looking clay-made characters like Wallace or Gumby (from Art Clokey’s popular franchise) may become rare. This doesn’t by any means point toward a lack of innovation and creativity, but that the emphasis now is more on making the characters look cool and the special effects unique. As Vinton, a pioneer who coined the term claymation said, “It was more about the character and less about the ‘clay’ back then.” Moreover, if one could create anything out of a computer, why would one create a Closed Mondays, which is about a drunk old man’s experience at a bizarre museum? Probe a little more and you would turn towards the audience. Would you like to watch a film about a drunk man visiting a museum?

While technology has opened up a world of possibilities, it has also widened creative benchmarks. Further, production houses are rightfully not interested to invest so much in smaller experiments that may not have an audience. It’s futile to look at this as a purist’s defence against technology. Even the great Vinton was in awe of what technology could do, and he would agree that the Moon Beast in Kubo and the Two Strings looks very cool. Stop-motion too is arguably in its best phase in some ways. It is true that, in the last two decades, almost six of the ten CGI-added stop-motion feature films from the West have come within the last seven years. And yet, films without CGI are still here and only growing.

The myth of the meticulous

Thanks to the Tim Burtons, Laikas, and Henry Selicks, stop-motion has a certain artistic aura, which many say relates to how real they feel. What exactly does Burton mean when he says, “There’s an energy with stop-motion that you can’t even describe. It’s got to do with giving things life.”? Writer James Clayton from Den of Geek believes that it has to do with how meticulous stop-motion filmmaking is: “I believe that the extra effort and control it entails ensures that the end result captures more of their character, psyche and essential inner essence,” he writes.

Now, if this is far-fetched, the Jurassic Park animator Steve Williams — one who arguably started it all — says that listening to Bach during the then meticulous digital process might have played a role. Artists like Haruki Murakami have revealed that a meditative exhaustion helps channel their thoughts. Even if one discounts this as mere romanticisation, it is undeniable that it is that indescribable, mythical nature of art that has shaped all history. What CGI’s infinite possibilities do is distance a visual artist from that feeling, which ultimately might make up for all the above-mentioned differences.

The audiences have started to acknowledge this too. Stop-motion has that rare quality of being able to pull audiences for just what it is. While it might be true that the medium or the behind-the-scenes should not influence the experience of storytelling, stop-motion seems to get a pass. People are ready to watch a stop-motion film more for the heavy in-hand labour it entails. These manifest in the internet as the fascination for claymation films with fingerprints on the figurines. Aside from films, stop-motion television continues to go strong. Passion for classic puppet and clay animation still has a place, one that will never be closed on Mondays. 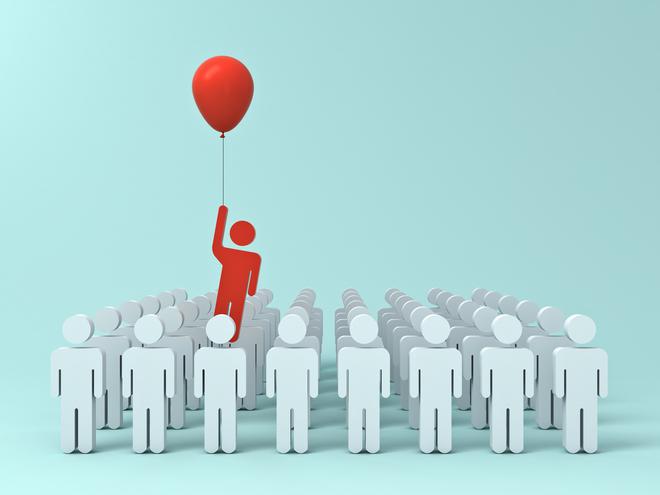 Movies
A film’s worth, a juror’s conscience and a regime’s agenda: The Kashmir Files case 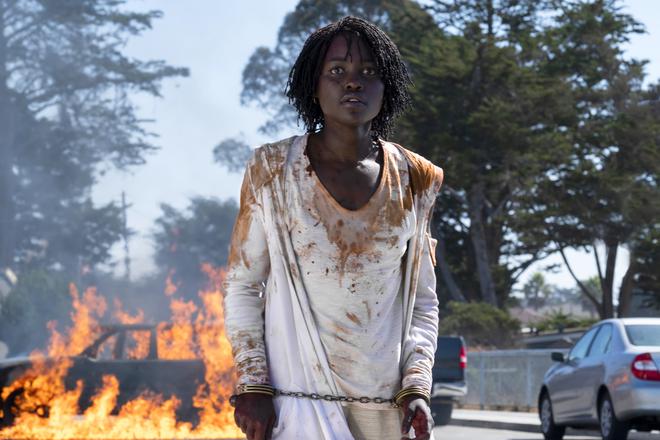 Movies
The supernatural and the female body: how the portrayal of women has changed in horror films 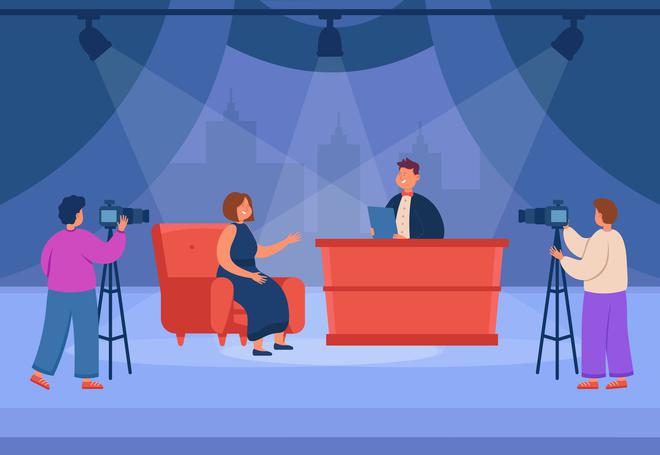 Movies
The ‘celebrity’ remake: how actor, audience interactions have changed over the years 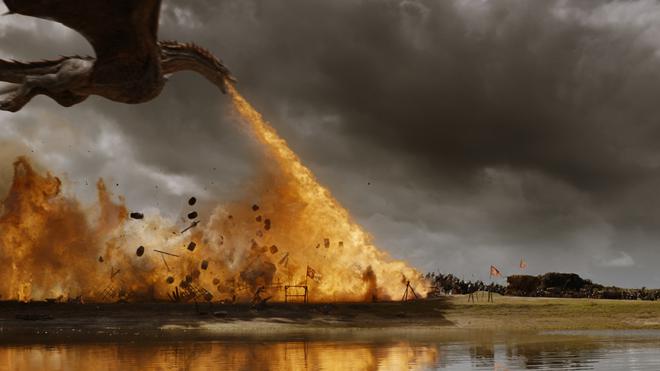 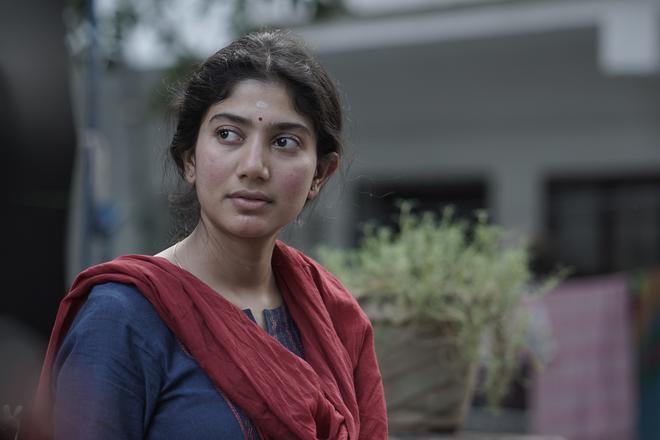