What are the hurdles to building schools for tribals? The story so far: The Narendra Modi-led government is pushing to set up 740 Eklavya Model Residential Schools (EMRS) for tribal students — one each in every sub-district that has at least a 20,000-odd Scheduled Tribe population, which must be 50% of the total population in that area. The government is persisting with its mission despite the Parliamentary Standing Committee on Social Justice and Ministry noting this year that the population criteria was “impractical” and needed an “immediate review”.

When was the idea mooted?

The EMRS model was first introduced in 1997-98 to provide quality education to tribal students with residential facilities in remote corners. The aim was to build schools at par with the Jawahar Navoday Vidyalayas and Kendriya Vidyalayas. Until 2018-19, the scheme was overseen by the Ministry of Tribal Affairs with maximum control of identifying new schools, recruiting, management and admissions lying with State governments. While the Union government had sanctioned a certain number of preliminary EMRS, the guideline of the scheme noted that States and Union Territories would be responsible for seeking sanction of new schools as and when they needed it. The funds for these schools were to come from the grants under Article 275(1) and the guidelines mandated that unless States finished constructing the schools sanctioned by the Centre, they would not be entitled to funds for new ones. Apart from the infrastructural requirements of 20-acre plots for each EMRS, the guidelines did not have any criteria of where the EMRS could be set up, leaving it to the discretion of State governments.

When was it revamped?

In 2018-19, at the bidding of Mr. Modi, the Cabinet approved the revamping of the EMRS scheme. The new guidelines gave the Union government more power to sanction schools and manage them. A National Education Society for Tribal Students (NESTS) was set up and entrusted with the management of the State Education Society for Tribal Students (SESTS), which would run the EMRS on the ground.

The new guidelines set a target of setting up an EMRS in every tribal sub-district and introduced a “population criteria” for setting them up. The new guidelines also reduced the minimum land requirement from 20 acres to 15 acres. Since the new scheme was put into place, the Ministry of Tribal Affairs sanctioned 332 of the targetted 452 schools till 2021-22. However, the Standing Committee in its report noted that a large number of schools were being delayed because the area (15 acre) requirement and the population criteria were making identification and acquisition of land “more cumbersome”, especially in hilly areas, leftwing extremism-affected areas and the northeast. It noted that even though the new guidelines provided for relaxations in these areas, other problems with land acquisition continued to persist. The Standing Committee noted that the population criteria ran the risk of depriving a “scattered tribal population” of the benefit of EMRS, “which are a means towards their educational empowerment”.

Senior NESTS officials admit that sometimes even when the population criteria have been fulfilled, 15-acre plots are not available.

Moreover, despite the setting up of the NESTS, there was a shortage of teachers. While the new guidelines allowed NESTS to suggest measures for teacher recruitment, they never mandated that States follow it. This led to non-uniformity in the quality of teachers, not enough recruitment in reserved positions, and a large number of schools recruiting teachers contractually, in a bid to save on salary expenses. As of July this year, all functional EMRS had a teaching strength of just under 4,000 against the 11,340 recommended by NESTS.

What is the current status?

The Tribal Affairs Ministry insists on maintaining the new criteria. Ministry officials said that as of November, a total of 688 schools have been sanctioned, of which 392 are functional. Of the 688, 230 have completed construction and 234 are under construction, with 32 schools still stuck due to land acquisition issues. As for serving less dense tribal populations, Minister of Tribal Affairs Arjun Munda said that the government will take care of it after the targetted 740 schools under these criteria are built. Senior ministry officials said they intend to achieve this target by the end of 2025-26. As for teacher recruitment, the government is at an “advanced stage” of an administrative overhaul, which will give more control of school management to NESTS. After approval by the Expenditure Department, all SESTS will be scrapped and regional offices will be set up under the control of NESTS, which will be in charge of recruitment. This process will take at least two years. The ministry says this will solve teacher shortage issues faced by the EMRS network. 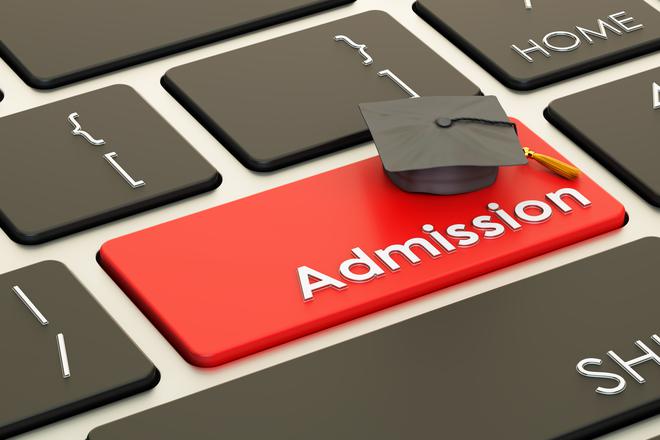