Explained | On the entry of women in masjids The story so far: Last week, the Jama Masjid in Delhi prohibited the entry of single women or women in groups inside the mosque premises. The authorities reasoned that some women fail to respect the sanctity of the place of worship, making videos there. “When women come alone, they indulge in improper acts, shoot videos. The ban is to stop this,” reasoned the Masjid’s spokesman. The decision led to an uproar on social media. By early evening, the mosque management clarified that the ban excluded those women coming for worship, or those accompanied by their husband or families. However, many continued to question the unilateral decision of the authorities, forcing Delhi Lieutenant-Governor V.K. Saxena to step in to douse the ire. Following a meeting with the Lieutenant-Governor, the mosque authorities withdrew the ban. Imam Ahmed Bukhari clarified, “The masjid administration does not want to prevent anyone from worshipping inside.” Incidentally, the Jama Masjid is otherwise one of the few mosques to allow women worshippers to offer regular prayers.

What is the Islamic law on women’s entry?

While there is a clear difference of opinion among Islamic scholars on the right of women to visit a dargah or a cemetery, there is lesser disagreement on a woman’s right to offer prayers inside a masjid. Most Islamic scholars agree that a prayer can be offered at home but can only be established in a group, hence the importance of going to a mosque. Most also agree that women have been exempted, not prohibited from going to the mosque, keeping in mind their child-rearing and other domestic responsibilities. In fact, the Quran at no place prohibits women from going to mosques for prayers. For instance, verse 71 of Surah Taubah, says, “The believing men and women are protectors and helpers of each other. They (collaborate) to promote all that is good and oppose all that is evil; establish prayers and give charity, and obey Allah and His Messenger.” Wherever the Quran talks of establishing prayer, it talks in gender neutral terms. Before the five daily prayers, a prayer call or azaan is pronounced. The azaan is a general invitation to both men and women for prayers, reminding the faithful, ‘Come for prayer, come for success’.

Incidentally, when Muslims go to Mecca and Medina for Hajj and Umrah (lesser pilgrimage), both men and women pray at Haram Sharief in Mecca and Masjid-e-Nabavi in Medina. Both places have separate halls earmarked for men and women. Also, across West Asia there is no ban on women coming to the masjid for prayers. In the U.S. and Canada too, women access mosques for prayers, and even gather there for special Taraweeh prayers in Ramzan and lessons on religion. The denial of access to mosques for women worshippers is a largely subcontinental phenomenon. In India, only a handful of mosques maintained or owned by Jamaat-e-Islami and the Ahl-e-Hadith sect have provisions for women worshippers. Most mosques while not expressly forbidding women’s entry in masjids, have no provision for women to do ablutions for prayer or a separate prayer zone for them. They are built keeping only men in mind. Under the circumstances, they are reduced to a ‘men only’ zone.

Have there been similar bans before?

The short-lived order of the Jama Masjid administration drew parallels with the much more prolonged ban on entry of women inside the sanctum sanctorum of the Haji Ali Dargah in Mumbai. Back in 2011, a grill was put up on the premises of the vastly popular 15th century dargah, prohibiting women from going beyond it. Following the ‘this much and no further’ order, some women approached the dargah management for redress. However, with the requests having been denied, they started a campaign, ‘Haji Ali for All’, winning over more women in the process. Led by the Bharatiya Muslim Mahila Andolan, the women approached the Bombay High Court which ruled in their favour in 2016.

What is the legal issue?

According to the Constitution, there is complete equality between men and women. In the Haji Ali Dargah case too, the High Court quoted Articles 15, 16 and 25 of the Constitution to grant women the desired access to the dargah. There are petitions filed before the Supreme Court wherein access has been sought for women in all mosques across the country. The apex court has clubbed them with the Sabarimala case. 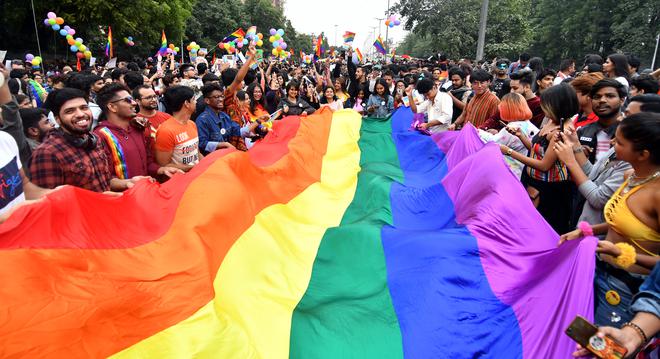