The story so far: Al-Qaeda leader Ayman al-Zawahiri was killed in a U.S. drone strike in Afghanistan on Sunday, President Joe Biden announced on Monday. U.S. intelligence agents had tracked down the safe house in downtown Kabul where Zawahiri was hiding earlier this year and had been watching him ever since to establish a pattern of life. An American drone fired two hellfire missiles at Zawahiri when he appeared in the balcony of the safe house on Sunday morning (local time), killing him instantly, according to U.S. officials.

Born into a wealthy family of medical professionals in 1951, a year before the Officers Revolution brought down the monarchy, Zawahiri grew up in Gamal Abdel Nasser’s secular Egypt. This was also a period when Egypt saw intense ideological and violent clashes between the Islamists of the Muslim Brotherhood and Nasser’s modern secular socialist state. Sayyid Qutb, a Brotherhood-associated cleric, emerged as one of the strongest Islamist critics of the Nasser era. Qutb was hanged in 1966, but his writings would continue to inspire and radicalise generations of Muslims. According to Qutb, the world was divided into Islam and jahiliya (ignorance) and he called for the liberation for the Muslim community “from the false laws and customs that are not even remotely related to Islamic teachings” through jihad. Zawahiri was one of the Egyptian youngsters who was inspired by the revolutionary Islamism of Qutb. But Nasser had driven the Muslim Brotherhood underground. Most of its leaders were behind bars. Zawahiri, already a member of the Brotherhood, had formed an underground Islamist cell in the 1960s whose main goal was to overthrow the government and establish an Islamist state.

A graduate in medicine from Cairo University, Zawahiri, who spoke Arabic, English and French, worked briefly in the Egyptian Army as a doctor, before opening a clinic in Maadi, south of Cairo. He continued his underground activities while practising in the clinic. In the late 1970s, his Islamist cell merged with other radical units to form the Egyptian Islamic Jihad. In the early 1980s, Zawahiri travelled to Peshawar to work with the Red Crescent Society, the Islamic arm of the Red Cross that was involved in treating the wounded Afghan Mujahideen who were fighting the Soviets across the Khyber Pass in Afghanistan. It was during this period Zawahiri met Osama bin Laden, the young Saudi billionaire who was running a camp for the Mujahideen in Pakistan. That was the beginning of a lasting relationship which would see both men planning and executing some of the biggest terrorist attacks in the world, including the September 11, 2001 attack in the U.S.

What was his role in al-Qaeda?

By the time the Soviet troops were forced to withdraw from Afghanistan in 1989, Bin Laden had established an army of Mujahideen under his command and founded al-Qaeda. He was initially offered a hero’s welcome in Saudi Arabia. But when the Saudis found him as a threat and expelled him, he moved to Sudan, where dictator Omar Bashir welcomed him. Zawahiri, then leader of the Egyptian Islamic Jihad, followed Bin Laden to Sudan, where they were running training camps for jihadists. When Bin Laden moved back to Afghanistan in the mid-1990s, Zawahiri followed him again. It was in the Taliban-controlled Afghanistan that Bin Laden built al-Qaeda as the world’s most potent terrorist machinery. In February 1998, Bin Laden, Zawahiri and their co-jihadists issued a ‘fatwa’ in the name of the World Islamic Front. In the edict, titled ‘Jihad against Jews and Crusaders’, they said the U.S., through its occupation of Muslim lands “has declared war on Allah, his Messenger and the Muslims”. It said “the ruling to kill the Americans and their allies is an individual duty of every Muslim”. Six months after the fatwa was announced, al-Qaeda bombed American embassies in Kenya and Tanzania, killing 224 people. Zawahiri was believed to have played a critical role in the planning of this bombing and many more attacks to come.

There were conflicting accounts on when exactly he merged the Egyptian Islamic Jihad with al-Qaeda. Some say it was in 1998, while some other accounts say it was in 2001, a few months ahead of the September 11 attacks. Ever since the merger, which created Qaeda al-Jihad, Zawahiri has been the second-in-command of the outfit. He went into hiding, along with Bin Laden, in 2001 when the U.S. invaded Afghanistan after the 9/11 attacks. After Bin Laden was killed in 2011 by an American commando raid in Pakistan’s Abottabad, Zawahiri was the obvious choice to be the ‘emir’ of the terrorist group.

What is his legacy as al-Qaeda chief?

When Zawahiri became the ‘emir’, al-Qaeda had already been substantially weakened. They lost their safe haven in Afghanistan. Both the leadership and the foot soldiers were driven underground. Osama Bin Laden was killed. And Arab Spring protests were rocking Muslim countries that brought down well-entrenched regimes of dictators such as Zainul Abidin Ben Ali of Tunisia and Hosni Mubarak of Egypt. In his youth, Zawahiri wanted to bring down the Egyptian regime through jihad, but in 2011, he saw street protests achieving that goal. Many experts have pointed out that Zawahiri lacked the charisma of Bin Laden. His authority as the terrorist-in-chief was tested when a leader of an al-Qaeda branch, Abu Bakr al-Baghdadi, announced a new organisation called the Islamic State. Zawahiri refused to recognise the Islamic State, leading to clashes between Jabhat al-Nusra, which was the al-Qaeda arm in Syria, and the Islamic State, which used to be the al-Qaeda in Iraq. It marked a fitna (split) in the global jihadist landscape and the Islamic State quickly rose as a proto-state — what they called a new Caliphate — capturing and holding territories from eastern Syria to the outskirts of Baghdad, the Iraqi capital. Zawahiri’s strategy was to retain al-Qaeda as a decentralised network of autonomous terror franchises. He exploited the Syrian civil war to build a Qaeda network in the country, the latest avatar of which is currently controlling Syria’s Idlib. He also exploited the vacuum created by the fall of Mohammar Gaddafi in Libya to strengthen al-Qaeda Africa. His focus was on survival. The Islamic State lost the territories it had and suffered huge setbacks. But al-Qaeda still operates through its franchisees.

What is the current state of al-Qaeda?

Al-Qaeda today is a different beast from what it was under Osama bin Laden. There are different branches such as al-Qaeda in the Arabian Peninsula, al-Qaeda in the Islamic Maghreb, al-Shabab and al-Qaeda in the Sinai Peninsula and Hay’at Tahrir al-Sham (Idlib). These groups are ideologically connected to the Salafi-Jihadist ideals of the original al-Qaeda founded by Bin Laden, whose main goal is to uproot the “un-Islamic” governance models through jihad and establish an emirate (on the lines of the teachings of Sayyid Qutb). Most of them also use the al-Qaeda brand. But they have their own leadership and tactics in the geographies they operate in. This has made it difficult for any centralised military action to defeat al-Qaeda. Zawahiri’s killing is clearly a setback to the al-Qaeda brand. But it is to be seen whether his death would weaken the operations of the different al-Qaeda networks that have spread across continents.

THE GIST
Al-Qaeda leader Ayman al-Zawahiri was killed in a U.S. drone strike in Afghanistan on Sunday, President Joe Biden announced. He was wanted for planning and executing some of the biggest terrorist attacks in the world, including the 9/11 attacks in the U.S.
Zawahiri was inspired by the revolutionary Islamism of Sayyid Qutb. The teachings of Sayyid Qutb, a Brotherhood-associated cleric inspired and radicalised generations of Muslims. Qutb called for the liberation of the Muslim community “from the false laws and customs that are not even remotely related to Islamic teachings” through jihad.
Zawahiri’s strategy as chief of al-Qaeda was to retain it as a decentralised network of autonomous terror franchises. He exploited the Syrian civil war to build a Qaeda network in the country and also exploited the vacuum created by the fall of Mohammar Gaddafi in Libya to strengthen al-Qaeda Africa. His focus was on survival.
Login to Read Full Article 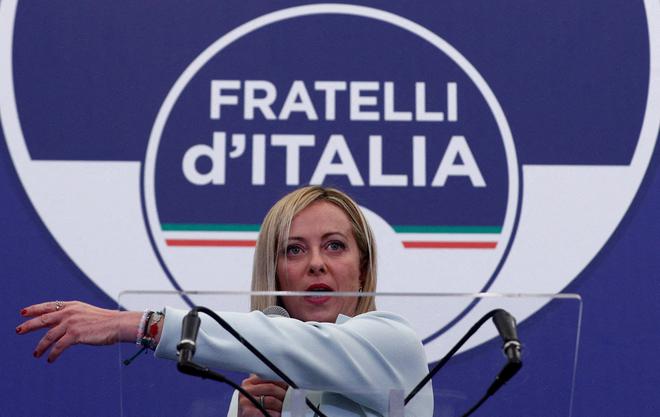 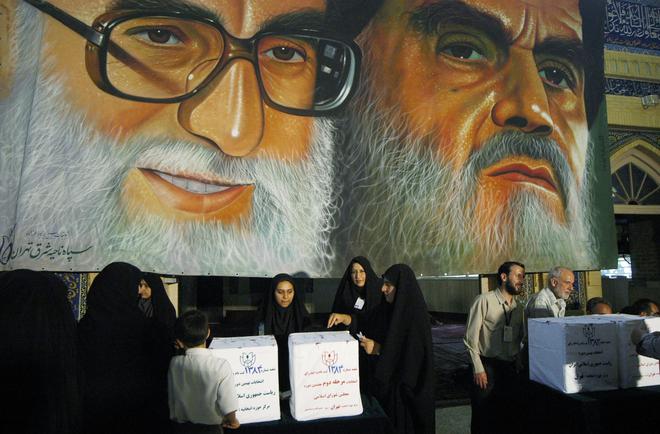 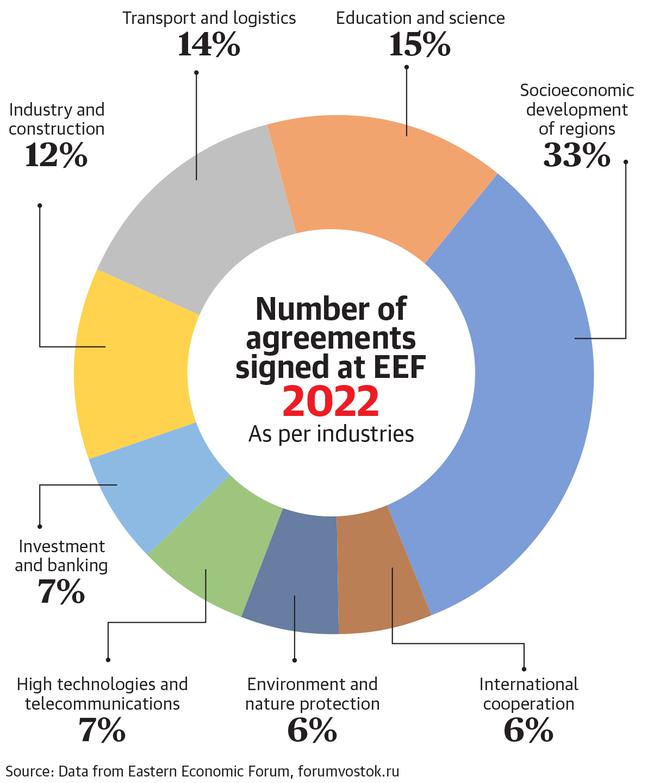