In Frames | Rise of the rivers 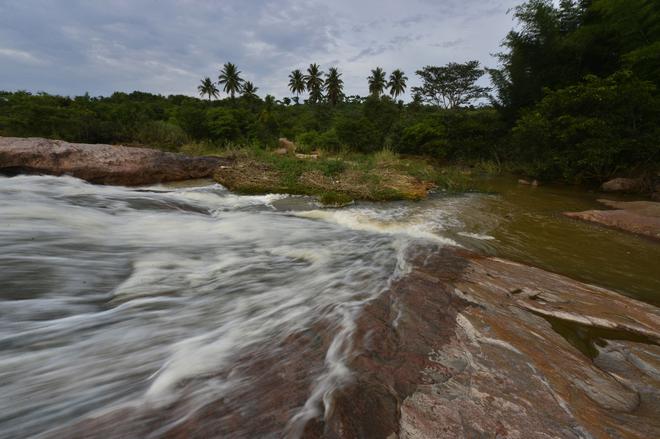 Bringing Cauvery water from afar in pipes for domestic consumption in Bengaluru is like “looking for ghee while butter is on your palm”, B.N. Umesh, a pharmacist, says citing a Kannada proverb to imply how the city is looking for distant sources of water while letting its rivers go to seed. He got thinking on these lines as the recent rain submerged vast areas of Bengaluru and has, at least for a short time, brought back to life many of its rivers that have been presumed “dead”.

The Vrishabhavathi, for instance, was in spate during the days-long downpour. The Arkavathy’s tributary, which partly flows through the city, had carried nothing but sewage and industrial pollutants in recent years. Facing similar problems are the Arkavathy itself, which originates in the Nandi Hills along with the Vrishabhavathi and travels 35 km to join the Cauvery, and the Kanva, which takes birth at Magadi, traverses 55 km to join the Shimsha, which too merges with the Cauvery.

These small tributaries once flourished and people in the region use their water for daily needs and agriculture, says Rame Gowda, a farmer who now uses borewell water as the Arkavathy is polluted. He says domestic animals refuse to drink from these rivers as the water smells terrible with the industrial waste dumped. Kumar, 30, of Shanbhoganahalli, near Channapatna, remembers his childhood days when he used to play in Seetha Thore, a stream that joins the Kanva. But as he grew older, both the stream and the river “vanished” and the riverbed became a convenient place for dumping garbage.

After the recent rain, the Arakavathy and the Kanva got back their glory, though ephemerally. But ironically, it hardly helped the likes of Rame Gowda. As waters flooded the fields in this drought-prone area, crops were destroyed, pouring misery on farmers. And Umesh’s idea of tapping these local resources for local needs is lost in the constant rush for big and expensive projects.

Breaking the banks: The Seetha Thore, one of the streams rejuvenated by the recent heavy rain in Bengaluru. It joins the Kanva river near Channapatna in Ramanagara district in Karnataka. 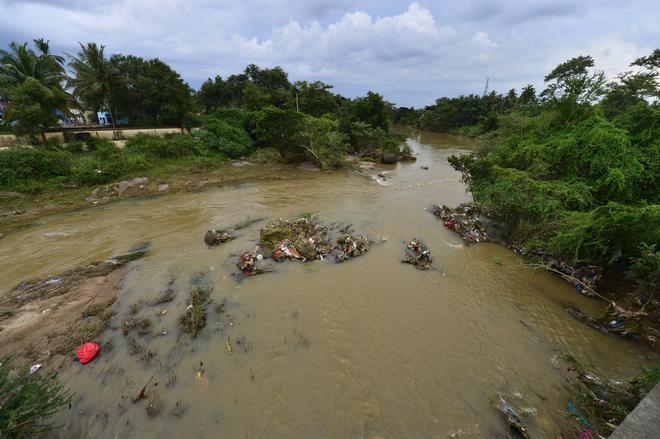 New life: After many years, the Kanva flows as a proper river with the rain fuelling a rejuvenation. Spring of life: A rejuvenated stream flowing to join the Kanva at Thittamaranahalli of Ramanagara district. 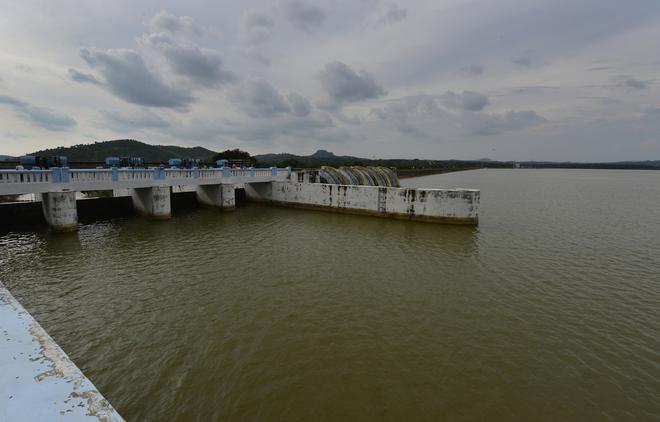 On show: The Kanva dam built in 1946 attracting tourists after the heavy water flow in the river. Unfettered flow: After three decades, the crest gates were opened to release water from the Thippagondanahalli reservoir, which caters to the drinking water needs of a part of Bengaluru. On the rise: The Arkavathy river flows briskly. Wave after wave: The Arkavathy in full flow as seen from Manchanabele in Magadi taluk of Ramanagara district. Karnataka
Congress to take out padayatra from Kuvempu’s birthplace